FilePLAY presents an interesting alternative way into your music collection, a music player for playing all music within a folder by handling music tracks by folder rather than by metadata like album and artist. FilePLAY work directly from the file and folder system on your BlackBerry smartphone. Simply select a folder with music track in it and all files in the folder will be played continuously. FilePLAY also support video whether music video or movie and capable of open and playing both video and audio files. For video files, only audio in the video will played and no video output.

FilePLAY Radio is a feature that give access to hundred of thousand of radio channel from more than 200 countries streaming live from internet. From afrikaans, chinese, malay, arabic, latin and many more. FilePLAY Radio provide alternative source for listening to music rather than just from your BlackBerry device music track collections.

*NOTES*
-FilePLAY radio channel is provided by third party source and certain radio channel may not be able to be play due to not supported format or access restriction impose by certain countries.

-Shake control (with sensitivity control and work when phone is locked)

-Phone volume up and down to change song  (Symbian Only)

–FilePLAY Radio(access to radio channels around the world (BlackBerry Only)

Timer is used to to automatically close FilePLAY after a specified time frame. There are five half-hours increments which can be selected,from 1/2 hour to 2 1/2 hours.

The shake setting can be enabled to change songs by simply shaking the device.There are three sensitivity to choose from : High, Medium, Low.
Shake also works while FilePLAY is minimised to the background or the screen is locked,so a song can be skipped without having to unlock the device or bring FilePLAY to foreground.

As of 1 January 2014, Nokia is no longer accepting new apps or updates to existing ones from the developers, As such,all updates will now be available from http://applist.schumi1331.de app Store only. If you still don’t have AppList app installed yet, please download the Installer first. Any future update other than from Applist is an illegal copy of FilePLAY.

BlackBerry user can continue to update from BlackBerry App Store

-New FilePLAY radio feature.Listen to radio station from more than 200 countries with hundred of thousand station to choose streaming live on the internet –

-New feature. Change to next or previous song using hardware volume key and the function can be disable or enable in Song Control Setting

-Remove In App update and use the Applist App for update

-Setting now can be saved

-DRM proctection is enabled in this version onward

-Some tweak to the Ui

-Change FilePLAY OTA update server so it is future proof

-New redesign “About And Help”

-Now back button is minimise instead of closing FilePLAY.

-Now volume can be adjust in both setting and hardware keys

-Now include shake control to change to next or previous songs.Just shake to change song.

-New orientation control to put app in portrait,landscape or automatic.

-Now include timer which will auto close the app in 1.5 hours.Currently only one timer is available but future update will include more timer option. 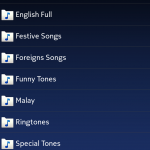 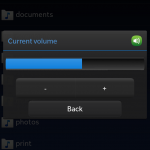 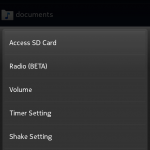 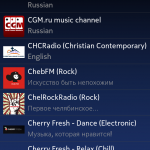 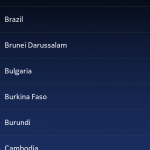 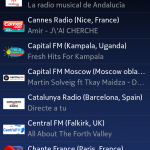 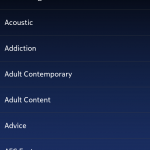 How To To Regain Back Nokia Phone C: Memory I have read a lot of complain from nokia phone users that their phone C: memory keep going down. So today i write this blog to Read more…